What to read? Fantastic Park! 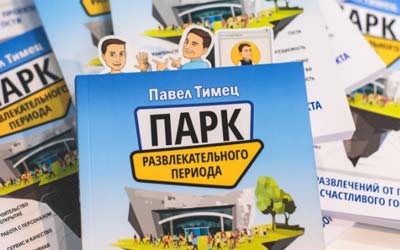 Publishing a new book is a glorious milestone for the author, in important even for the whole industry, and fresh ideas and experiences for the readers. Back in March, Pavel Timets, founder of Russia’s greatest entertainment centers, presented his book titled Fantastic Park. Entertainment Centers: From Projects to Happy Guests. This is a truly unique occasion, because Fantastic Park is one of the few guides into the entertainment industry and business on the Russian non-fiction market. Together with Pavel, we were talking about the process of writing and its difficulties, and discussed who might be willing to add Fantastic Park to their personal libraries. 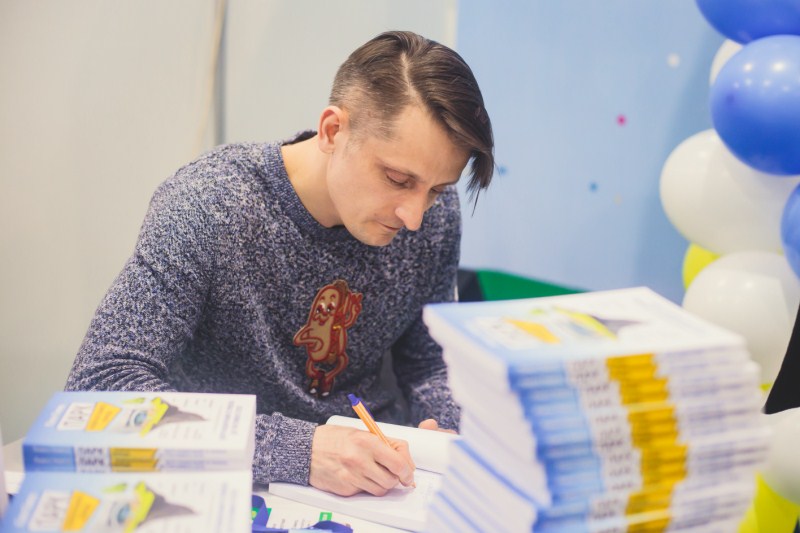 — Pavel, people start writing a book for a number of completely different reasons. Some are just carried away by the creative process; others seek fame or money. What drove you?

— I started writing this book someday in 2015, when I started to work actively on a professional blog on my personal website. For four years, I have published a profound number of expert articles and other useful materials. I evaluated the amount of time and effort invested, and decided it was time to structure all the texts into a thematic catalogue, add to some of its branches and put them together. So, writing a book cost me more time and effort than it might seem. That’s regarding the texts.

Speaking of the very idea to write a book, it came earlier. To be exact, it was in 2012, when we were just beginning to construct the “Maza Park” in Saint Petersburg. That was when I thought it would be nice to write a textbook, a guide consisting of two parts, for internal use. After that, we started building new entertainment centers almost every year, which made me even more certain about the necessity of such a book. 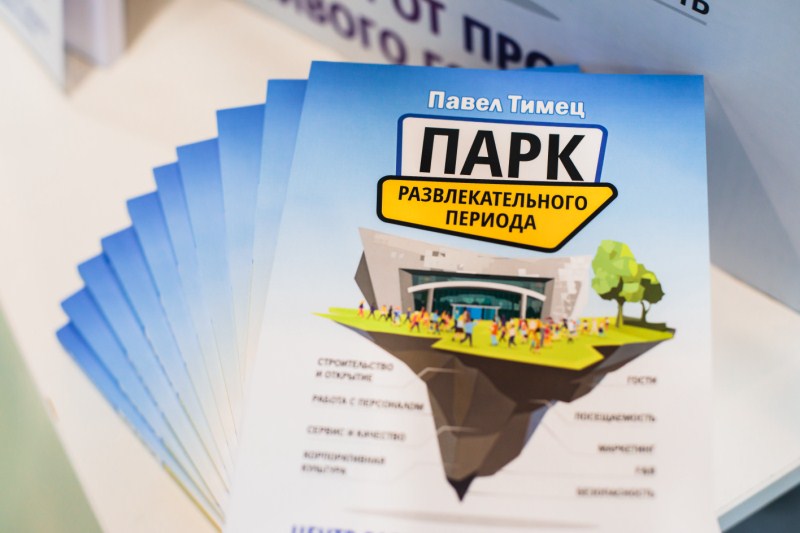 The first part would be devoted to construction issues, and the other one to managing an entertainment center. I started collecting various ideas and drafts in a folder on my desktop titled “Book”. Much of its contents had been used in Fantastic Park.

The original idea with the two-part textbook has also been implemented. On the active website of “Enclosed Attraction Parks”, you can find a huge collection of cases and instruments for opening and governing an entertainment center.

The book, in its turn, is a collection of useful materials, interesting themes, and tricks from personal experience and practice. These are not just documents but cases that you can apply to your own business. This is what’s most important for me – tricks and cases. For example, how to organize the functioning of the quality of services department, where and how to buy decorations cheaper, and so on. 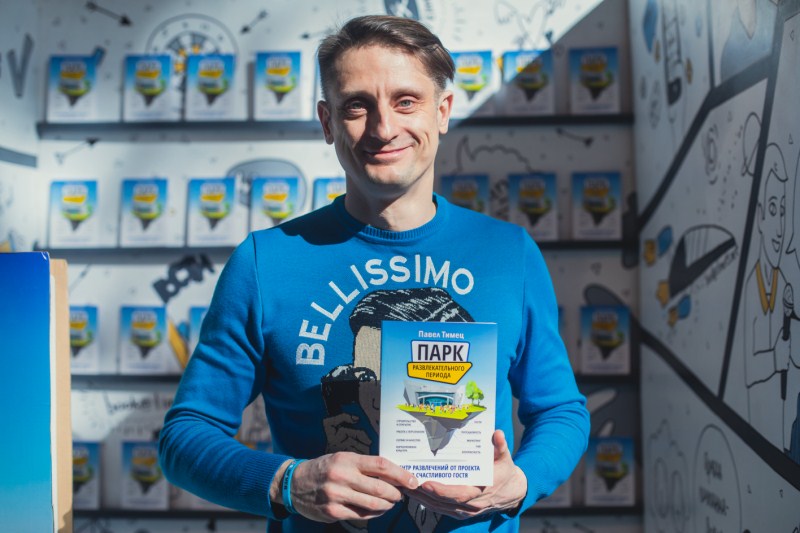 — Many people would like to write a book, some of them even start writing, but there are only few of those who actually complete their work. Share with us how to publish a book successfully.

Of course, there’s a lot more to writing a book but these two are the basics. 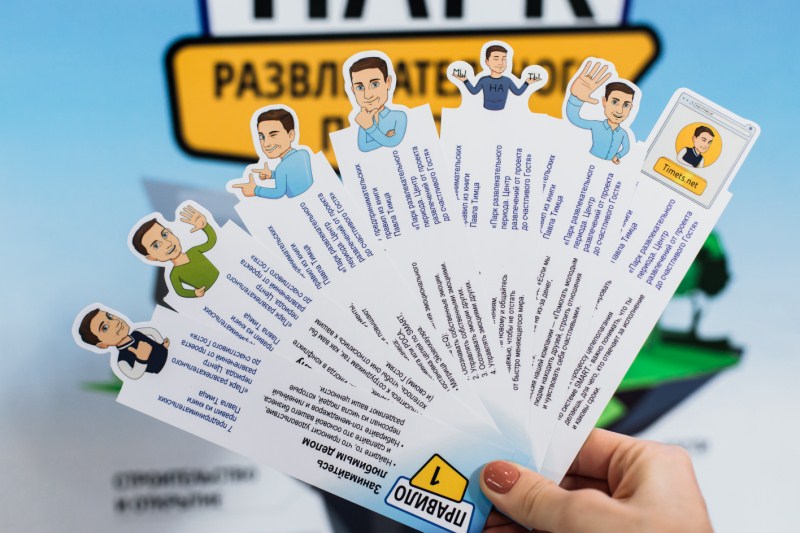 — What difficulties have you experienced along the way?

— For me, the major problem was the title. Trying to decide which one to choose, I had to address my followers in all social networks with a request: suggest some options. After that, my team and I comprised a top of the most likable titles. Here are some of them: Fantastic Park, Entertain and Gain, Entertainment Center, Governing Entertainments, In the Center of Entertainment, to name a few.

Voting in social networks proved to be an efficient cooperative brainstorm, and brought results – for example, people saw I was writing a book and went into anticipation mode. It was useful for us to regard people’s suggestions, and it was interesting for people to take part in the creative process. 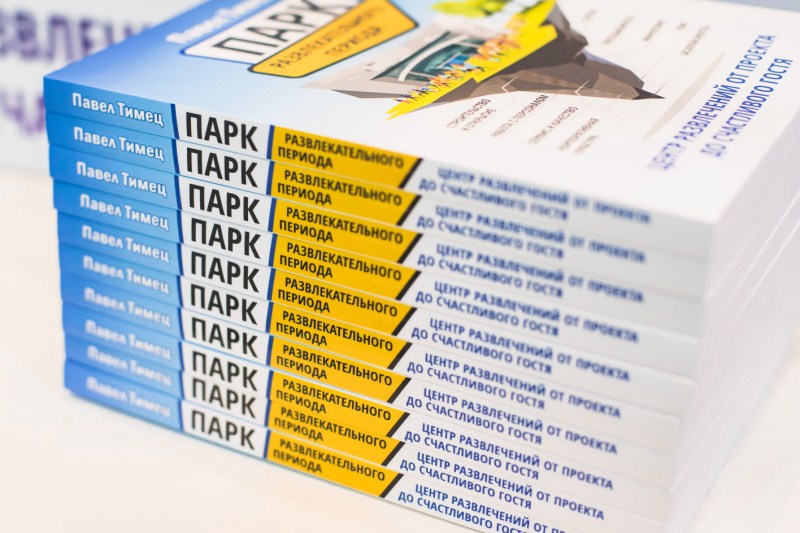 And we actually got to implement some of the suggested ideas! We decided to break the title into two parts: Fantastic Park as the title (from one follower) and Entertainment Center: From Projects to Happy Guests as the subtitle (from another follower).

But if we dig deeper, it was all not in vain. We wasted a lot of time on the title because of my inner argument, as I wanted the title Entertainment Center… but it was the least voted for in the media. It was the greatest difficulty for me – trust public opinion rather than myself. Deep inside, I had an inclination to ignore everyone and give the book the title I wanted. Who knows, maybe when I publish the second edition, I’ll pick another title… 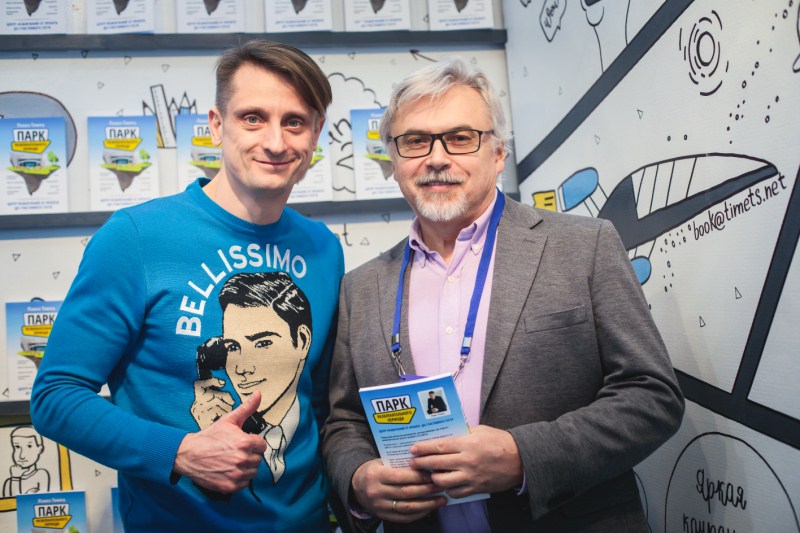 — Pavel, whom would you recommend to read Fantastic Park?

— In my opinion, this book is a must-have for all involved in the entertainment industry. I don’t think so merely because it’s my book; I think so because there’s actually not much to read on the entertainment business in Russian. We don’t have enough books that could teach people how to found a company in the conditions of Russian market, climate and mentality.

Of course, you can find inspiration in the experience of the founder of, say, Disneyland, but you can’t just apply the designs of international theme parks to the Russian entertainment industry. If you try, you’re going to face completely different kinds of obstacles and challenges – which I have faced more than once in the course of founding five amusement center.

My book can prove useful for owners of entertainment centers, as it contains a lot of cases from the first-person perspective. And I’m sure middle and top managers will also find many interesting clues in it. 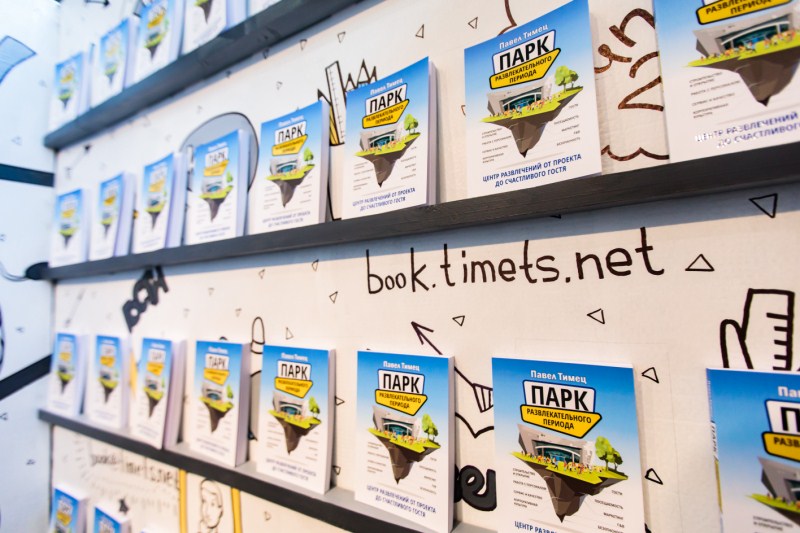 I assume the book will also be a good read for the line personnel. Few companies employ the system of motivation and corporate culture like ours do. I believe this book might spark a small revolution in this aspects. Waiters, bartenders, cashiers – if they read my book, they’ll learn that the functioning of a company in the spheres of catering and service can be organized on equal terms. I can imagine some of those people coming to their managers with my book and suggesting changes. If their bosses refuse, we can always take on board ambitious employees who share our values.

A large number of cases in my book refer to the service and catering industry. Anyone working in bars, restaurants, hotels, and night clubs might find various tricks and tips for themselves. Fantastic Park also contains chapters devoting to corporate chapters, recruitment and training, which can prove interesting to HR experts. 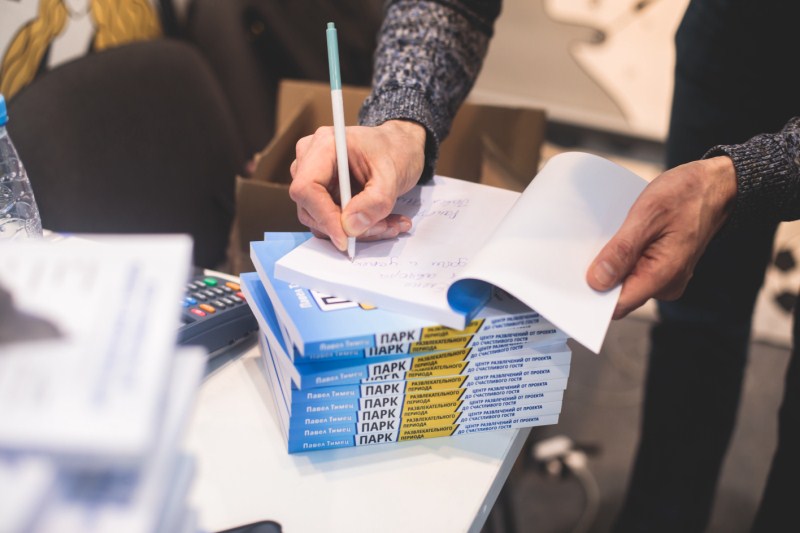 Basically, I think this book will attract any people who are willing to learn how the entertainment industry works, and are curious about business affairs and inner workings of all kinds of companies. My book is an opportunity to learn about the entertainment sphere, and how it works. Could it be a book for young students or graduates who are still not sure what they want to do in life? Maybe, some of them will read Fantastic Park, fall in love with the entertainment industry, and become the founder of the future “Russian Disneyland”!