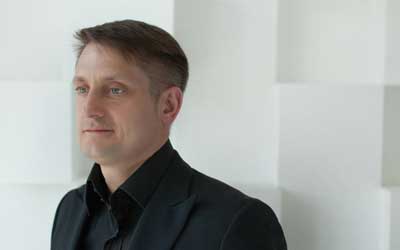 — Examples of what Russian companies, having successfully scaled their business, are worthy of attention?

— If similar and related industries are concerned, it’s possible to find worthy examples in the food retail sector — The Teremok and Little Potato. These are dynamically developing domestic franchises. I refer such network cinemas as KARO, Cinema Park and Formula Kino as the companies that have been scaled successfully.

— What motivates the leaders, who enter on the path of scaling?

— The yearning to grow and desire to occupy a niche that can be occupied by others. If you have something cool happened, you want to develop it quickly and to fasten the success.

For example, having realized the profitability of our first entertainment center, we made a plan to open 20 parks during 10 years. What motivated us? The desire to be the first, to win the market and to skim the cream of.

— Have you heard about the unsuccessful attempts of scaling?

— Yes, but I think, it’s incorrect to talk about it as a part of the interview. Unfortunately, such examples are more frequent than successful ones.

— What do you think, why some companies fail at business expansion?

— Here is an example of a small successful restaurant. The establishment with a cozy family atmosphere, which brings high profits. The owner started the business, he knows how to manage it, remember the names of all staff and regular guests.

Realizing the success of the project, he decides to scale his business and create a clone. He throws a part of his team onto a new project. In this case, the first restaurant loses its efficacy: people, who hold all the processes, are being involved into another project. Lack of staff is the main reason why the scaling may result in failure.

The second is expenses. When the network is started, it causes the growth of costs for organizational part, rent of headquarters, branch offices, documentations, regulation of processes and so on. This is a huge layer of work, the businessmen are not prepared for. The scaling works well only for those, who possess enough aspirations and stamina to overcome all difficulties.

— How can you protect yourself from failure while scaling?

— Before the expansion, you must register and structure all the processes. It is important to have not a formal documentation, but a really working scheme, which is clear to any employee.

— Your amusement parks operate in St. Petersburg, Smolensk and Kazan. What things have you faced while scaling your businesses in regions?

— The presence of a large number of regions with different climatic, national and religious peculiarities in our country, of course, affects the scaling. People have different mentality. For example, in Tatarstan it is decided to be at domestic and family surroundings on Fridays, but in St. Petersburg — it’s a rave day. When we opened the entertainment center in Kazan, we had low gains on Fridays, and in St. Petersburg Friday is one of the most profitable days. There’s a great number of pitfalls, which you may not even suspect about.

— In recent years, a number of network shoe companies have ceased to exist. What’s the reason for it, to your mind?

— By analogy with other industries, we can assume, that incomes slowdown and weakening of the national currency have affected this. The last one became the reason, the imported goods, including China, increased in price. The collapse of shoes companies was, most likely, caused due to the fact the products were bought from Chinese suppliers. Five years ago, the yuan cost 6–7 rubles, and now — 12.

— Earlier we have already talked about the fact, the output into the regional markets is the risk itself, able to undermine the whole company. If we take the corruption into consideration, it impacts negatively on the company’s development almost as often as it occurs. Give a bribe — you can be imprisoned and your company will be accused, do not give — they’ll block the air and you will stay almost empty-handed.

— Staff — is it a problem for regions?

— I would replace the word «problem» to «task». If it’s approached as a task, the process of searching for personnel is greatly simplified.

We faced a regional specificity while selecting staff for the entertainment center in Smolensk. The staff there is cheaper, but it’s more difficult to find well-qualified specialists due to the outflow of personnel to a nearby Moscow.

There are two variants of solution this problem. The first one is to recruit young employees, invest in them, teach and then, keep in the company as long as possible. The second way — to overpay and entice. To search for highly-qualified specialists in Moscow, St. Petersburg and offer attractive conditions for them to relocate.

— E. Greeva, working in India, said that some megacities occurred to be hollow things as far as experts are concerned. Is it the same in Russia?

— Russian cities with a population of over a million people are huge regional centers with a large number of universities and companies. The trend is that the population of the neighboring settlements is eager to study and work in megalopolises. Therefore, our big cities are likely to be centers, which attract the best specialists of the region.

— In ancient Rome, the emperor was anxious, sending his governors into the province., Is something changed today, in the age of IT?

— Yes, fundamentally. Nowadays, having a mobile phone in your hands, it’s possible to look through all the reports, monitor statistics, control the work of objects with CCTV cameras and so on in a real-time mode. With the development of technologies distance is no longer an obstacle. For example, I supervise the work of the Kazan FUN24 entertainment center via iikoDashboard application. I can see how many guests visit the park for an hour, day, week, month, observe the amount of gains for each period, and so on.