What hides behind the name MC «PARK»? 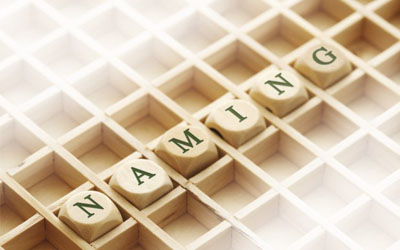 Choosing a name for our management company UK «PARK», which is engaged in the construction of entertainment centers, became a kind of a puzzle, which has developed itself. Well, «PARK» — first of all, the lexical meaning of the word is associated with a large space, a place where people spend their free time. Second, the word «PARK» contains the first letters of the names of the four founders of the project -Paul, Anton, Renat, Constantine.

From these letters, of course, yet another word can be perfectly formed — «carp." When choosing between «carp» and «park», we decided to stay at the last variant;). The Management Company «Park» became the ancestor of all subsequent projects. That is why in the future in almost all the names we inserted Park as the second word.

With FUN24 the story was just as funny. In 2014 it was necessary to choose a name for the entertainment center in Kazan. This time I decided to go on a different path — i chose to not give the brand to professional namers to develop and do everything myself.

Maintaining a posture of that in the long run, whichever name we decided to choose for our business, it will work anyways. If the business is good — any name would become a brand (the most banal example of this is Apple). Therefore, Anton, Renat and i suggested a name each. Anton suggested «Tra-ta-ta." Renat — «Urbanika». Therefore, i suggested FUN24.

Each one of us wrote down his version on a sheet of paper, folded it and threw it into a hat. Dominic, the Financial Director of the company, played the role of the supreme arbiter and pulled one out, and it was FUN24! So, without the involvement of a professional naming, marketing and branding agencies, we have become namers ourselves.

I remember that when i talked about the new name, many people tried to discourage me: «Do you want to name the center like a grocery store, why are you writing these numbers?!" Time has shown that the name has stuck and that it works fine. It contains our main position — it is fun at our place 24 hours a day! Now FUN24 is one of the most recognizable names in the entertainment industry of Kazan, despite the fact that it has been functioning for slightly more than a year. However, i think that if fate would have chosen «Tra-ta-ta» or «Urbanica» the overall situation would have not changed.

Experience has shown that we are not worse in inventing names than the professional namers. If need be — we will invent more, we have got creativity to spare. Experiments with great namers and brand creators are good and helpful, but only if it is not on our expense;)