Teachers only open the door, afterwards you go beyond by yourself 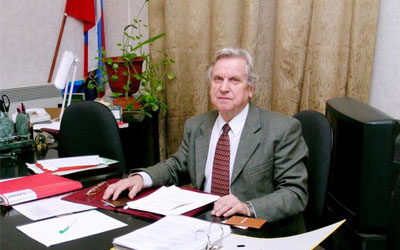 After all, there has been a concept of «master» and «student since ancient times for a reason». A master, that can show, teach, explain, captivate and at the end transfer his knowledge to the student.

Fyodor Ivanovich Mikhailov was exactly this master, a teacher and an incredible man — he was the founder of one of the first Russian business schools «Business Wave» and he also was my physics teacher. In addition to physics, he was interested in the political and economical geography. One of his theories explained that everything in the world is divided into three categories — two antipodes, which are opposed to each other and a buffer zone located between them. The main function of the buffer zone is to prevent the collision of the antipodes. To confirm his theory Fedor Ivanovich cited many examples. One of them — the seasons of the year. There are winter and summer, and there are buffer zones — spring and autumn.

Fyodor Ivanovitch also had his own view on Russia’s place in world geopolitics. He believed that our country is a buffer zone between the East and the West. During the process of development the political antipodes constantly pull the blanket toward oneself. Balance is maintained only thanks to Russia.

Fyodor Ivanovitch popularized this theory as much as he could. At school, there wasn’t a highschool student who has not figured out what the antipodes and the buffer zone represent. I don’t know about politics, but in everyday life this law has proven itself more than once, helping to navigate through difficult situations or to make the right decisions in time.

Today, almost 20 years after leaving school, i can say that our class of graduates turned out to be extremely succesful. I think that this could have not been possible without the involvement of Fyodor Ivanovich, whose lessons guided us in the right direction for our future life.

I do not like cliches of any kind, including when they say: "He was a Man with a capital letter." But I understand why these phrases are born. We want to somehow identify those people who do not fit into our standard understanding. The important part is not in the capital letters, but in that in the life of each one of us we had the opportunity to meet such a teacher. Our class was lucky. And now, as I write these lines, I am aware of the value of such meetings more than ever.