Taking Care of Guests and the FUN24 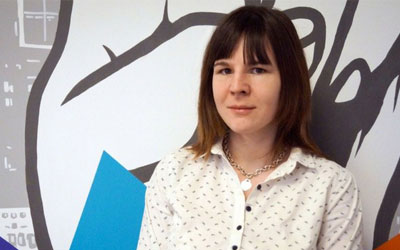 This is a story about the appointed general manager at the indoor amusement center FUN24, that proves that to meet your love, become a mother and lead a large company by age 26 is possible.

Surely when you read these lines, you already have an image of a successful young man moving rapidly up the career ladder. The story is about a young lady Dina Burganova, who has become the General manager of FUN24 entertainment center in Kazan since March 1 of this year.

Dina is a one of a kind, an impressive example of a purposeful young mother and proof that having a child in no way hinders your career. Dina has been at FUN24 since the opening of the entertainment centre.

Prior to joining FUN, she gained a vast amount of experience in URs Certification quality system building and worked in the Four Seasons hotel chain in Egypt. Paul McCartney, producer Andrew Vajna, Al-Waleed, and others are among distinguished guests with whom she happened to be working.

Until the age of thirteen Dina lived in Budapest. She is not only fluent in Hungarian as her first language but she is also fluent in both English and Russian.

Before FUN24 started, we advertised a position for a quality assurance manager in the early summer of 2014. We held long interviews and almost though that we would never find a suitable candidate. Dina came just before the opening of the complex and we immediately realised, this is our man!

The quality manager supervises administrators as a priority. Dina reorganised a system moving internal processes to a guest thereby allowing administrators to make decisions based on the idea that it is important for visitors.

Dina met with Denis Bulychenko, a project manager in FUN24. In June of the last year their daughter Dana was born, the first FUN-baby in the company! Unbelievably when Dana was only three months old, her mother returned to work.

When asked how is it difficult to work with a nursing baby, Dina answered:

«It’s a stereotype that it is hard working with a child. There are certain tasks that must be performed, and others will be adapted. I spent more time and made less than I could have made without a child, but nevertheless, I worked. Dana helped me to learn to manage my time better.

There is an opinion that if God gave you a child, then he will feed him. And, indeed, after Dana’s birth, Denis and I had unlimited opportunities for development. The main thing was to see and accept them in time».

The decision to put Dina at the head of FUN24 came during the Development Course of the Entertainment Center Manager. The principal course objective was to find a manager. Dina, amongst the other participants took corporate training and it was soon demonstrated that she would manage all the tasks.

Dina is a professional in the quality and service system of Guests. With the new manager FUN24 has been waiting for, establishment of operating processes using a bottom-up scheme, where the Guest is the most important element in the system is now feasible.

I know that this is possible, and Dina will manage it successfully. Because for a person who went to Smolensk being on the eighth month of pregnancy, gave birth to a child and established Galaxy Park operating, nothing is impossible!