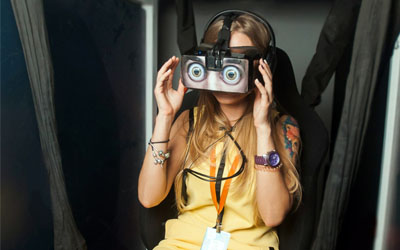 For the last 20 years Russian amusement parks strongly evolved. From small institutions with game devices they have turned into large-scale entertainment complexes. It is already be sure that breakthrough has happened at the beginning of the Noughties when first shopping centers have appeared. Before there were not large spaces allowing to be developed to similar business.

So, everything has begun with shopping centers which after the Restructuring became an innovation for Russians. At the beginning owners did not need to hand over rent areas under entertainments. There were already enough visitors.

After a while the market has expanded and a shopping center became the main model of the public place. People visited shops to spend free time. Western companies and local developers have realized that not only shops, but also favorable location, entertainments, movie theaters, a food court zone, in other words — ‘anchors’ capable to entice visitors are required for complete concept. And here then the centers from trade one have developed into trade and entertainment centers. In them there was also perfect medium for covered amusement parks.

Today an entertainment center is a space for leisure activity. The place where people come with their friends or their family to play bowling, billiards, board games, air hockey, to skate on roller-skaters, to have a bite in cafe, to sit at the bar, to sing in a karaoke or to dance the whole night at a nightclub.

The world changes, also technologies develop in show businesses — virtual reality, e-sport, Pokemons, etc. Already now it is possible to watch 3D — films in high quality without leaving house. Feelings which people received in an amusement park became generally available thanks to gaming consoles Sony Play Station, X-box and Nintendo. Whether does it mean that in the future people will cease to visit rest areas?

Entertainment centers have a place in the future. And there are several reasons for that. First, whatever advanced new technologies were, they will not replace tactile experience, opportunity to touch objects, a surface, a wall, water and a rock. It is sure that in virtual reality development it will be important not just to put on glasses and to see falls, and to approach it and to feel water cool. Amusement parks will present to people this opportunity.

General good time is another reason why we will come to entertainment centers. The opportunity to feel one and the same feelings is a magic at the same time which works and bands people together.

So far the technology which would give such impressions as that moment when people look at each other is not thought up and thinks: «Oh my God, I’m so terrible!» or «It’s very cool!». Just general experiences will allow amusement parks to remain and succeed in the future.