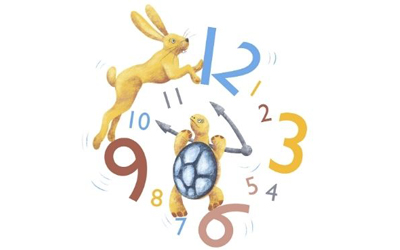 Reducing the amount of working hours of our center saved another part of the payroll budget. When we opened FUN24 in 2014, we wanted this place to opened day and night, so that everyone could come to us whenever they wanted. That idea had prevailed for four years, but in 2018, we decided at last to change the work schedule. Now, the entertainment center is open from 10 AM till 2 AM.

However, the very name of the center, or rather the number «24» in it, suggested that some concessions had to be made. Once per week, from Saturday to Sunday, we’re open all night. On Friday, the day is somewhat longer, till 6 AM. The change was pretty reasonable, as night life in Kazan is not as vivid as in Saint-Petersburg (which was like a template to us). I think that when we open a new center in Moscow, it will be working 24/7.

The visiting hours for Guests in FUN24 had also been reduced: they can arrive at 12 PM on working days or 10 AM on days off, and stay till midnight (with the obvious exceptions mentioned earlier). The Rospotrebnadzor, Russian inspecting organization, forbids later closure.

Win-win. Situations when the whole center was working for a dozen of Guests are in the past now. When 20 employees are working for a fewer amount of Guests, it’s not healthy for the company’s profit. Not only did we cut expenses but also relieved some workload.

With attendance expectedly dropping, reduction of working and visiting hours saved us a lot of money. Some of Guests just started coming earlier, while staying for the same hours. We also have more time to manage the center during non-working hours. These advantages are not so obvious but it is important to make note of them.

Economy. We didn’t reduce working hours of our own volition; this decision was instigated by the government and the pandemic itself. Losing 125 working hours per month saved us 300 thousand rubles of expenses (the payroll budget + utilities + transport for employees).

CASE 2. SELF-SUFFICIENCY MODEL FOR THE RESTAURANT AND BAR

In our entertainment centers, there are two joints with different concepts: the panoramic restaurant Vosdukh (Air) and karaoke bar Tishe-tishe (Hush Hush). I suggested a new model for the administrators of these places: earn 20% of the place’s turnover and decide for themselves when and for how long to operate.

Both agreed, and a chain of resourceful decisions «from below» was launched. The employees started shaping their own schedule. For instance, the restaurant is now working only on peak days (Friday, Saturday and Sunday) instead of all week. The staff was also reduced from eight employees to three or four.

Win-win. Although only three working day had remained, the employees retained the same payroll as the had when they worked all week long. That’s a great example of optimization: fewer hours, more efficiency, same payment.

Economy. Prior to that, the payroll budget of both the bar and the restaurant amounted to the total of about 500 million rubles. Now, this figure is only 280 thousand rubles, and that with their revenue having dropped by over 40%.