Находясь на Timets.net Вы соглашаетесь с использованием cookies.
Главная » Publication » Interview » BE ON TREND OR WHY WINTERFELL FROM «GAME OF THRONES» IS AN IDEAL PLACE FOR ENTERTAINMENT CENTER 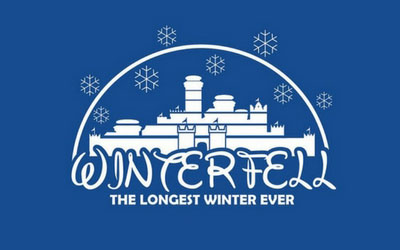 For the last five years Pavel Timets 's team opened multipurpose entertainment centers in St. Petersburg, Kazan and Smolensk. In 2017 a new point in Moscow is planned on an objects map of the Indoor Amusement Park LLC (IAP). The owner of the company Pavel Timets told about reefs which a beginner who decided to open an amusement park will face.

In towns there is a deficit of cultural and recreational infrastructure but investors prefer to open centers in megacities.

Mark potential in towns is deficit is easily covered by a small number of entertainments. When a multipurpose center is opened, it isn’t filled at full capacity. Besides, lack of culture affects — people didn’t get used to have a rest in amusement parks. In regions culture of rest should be imparted, this is a key problem.

Another situation is in large cities, for example, St. Petersburg where the culture is formed for a long time. The more parks are opened the attendance is higher. Adjacent, they work as a magnet. Dumskaya Street, Lomonosov, Rubenstein are examples of such synergy, these are centers of St. Petersburg’s night life.

What is better to find finished buildings for an entertainment center or to build «from scratch»?

In terms of financing it is more profitable to take an old building. It is worth paying attention to former Soviet factories and unfinished buildings. But a side from financial component the construction «from scratch» has powerful advantages. This option gives a chance to use the space effectively. When placing equipment in finished buildings there are problems with a column grid. Some distance is necessary for bowling paths, billiard and tennis tables. Over an area of 50 sq.m without columns you can place two billiard tables, with columns — one. Independent construction allows to avoid any inconveniences caused by arrangement of columns at a project stage and to lay communications taking into account guest flows.

How I see the ideal place for an entertainment center putting aside barriers and restrictions.

The harsh climatic conditions the better. If eternal winter was lasted in Russia — it would be great for our type of business. In my view, the ideal place for an entertainment center is a city similar to Winterfell, the capital of the North from «Game of Thrones», and preferably with a population of at least 15 million people.

It is important not only to climatic features of the region but also the time of a year when you open your entertainment center.

A choice of start time is affected by a target audience. If these are children a park shall be opened before vacations. A children’s entertainment center shall be opened when children will be free from school classes at the beginning of June — for summer vacation and at the beginning of November — for autumn ones. Well-organized advertising campaign will allow to work this period at a high level. The best opening time for entertainment centers designed for students and youth is the end of August/ beginning of September. Everybody returns after vacations, they are ready for meetings with old friends, to new acquaintances and entertainments. The worst time is April-May when the low season begins. The end of a school year, examinations, weather is warmer.

Fringe or center? What is location better for an amusement park?

When place choosing we pay attention to development of infrastructure and location of public transport. Most often we open centers in bedroom communities. People who live nearby come to an amusement park to spend time after work and on the weekend. It provides a guest flow for all week. Pluses of a dormitory district are sufficient number of people and small rental rates. The second option of location is downtown. This project could be especially successful if it is opened in a place with developed tourist infrastructure. Minuses are high lease.

Approximately 40–50% of the budget is spent on purchase of entertaining equipment. Choosing attractions for a new center think what will be popular and what it is worth refusing.

We attend exhibitions to choose equipment. We track what attracts interest in the professional environment -many people come to test innovations. It allows to predict popularity of the attraction. Also the choice is influenced by the occupied space and handling capacity of the equipment.

Indicators checked by time — popularity and demand of an attraction — are considered when a park equipped with. Speedway, bowling, billiards, Q-zar — for a long time, these offers are in demand among Guests.

For large amusement parks working on all-inclusive system, reliability and durability of the equipment have huge weight. Attractions should not break. For example, we have an unsuccessful experience of pinball equipment installation. An employee who engages only in repair was necessary for three-four machines. Despite popularity we have to refuse the pinball, precisely because of its fragility.

Equipping the park, you shall consider trends and fashionable directions. Now e-sport and virtual reality are at the peak of popularity. In many ways it is promoted by the fact that in 2016 the e-sport became official sport.

Where can you buy the equipment for entertainment centers?

China, America, Japan and Russia are prime vendors. Being guided by the national currency rate, in recent years we have become increasingly to cooperate with domestic manufacturers. Today it is cheaper to purchase billiard equipment in the CIS countries than in China. Prices of suppliers from Belarus, Russia or Ukraine are many times lower. But there are types of entertainments which analogues are no in Russia — high-quality bowling is delivered by American partners.

There are a lot of producers. This is a separate branch of the entertainment industry with its nuances. There are companies that specialize in entertainment equipment purchasing. They participate in professional exhibitions and contact to suppliers who are present at the market.

Sometimes it is beneficial to use outsourcing and to transfer to other company a part of its functions: for example, to purchase equipment or to construct, launch and manage an entertainment center.

Our Indoor Amusement Park LLC company works in this direction. We have built more than five major entertainment centers and we know that each project requires its own approach. Entertainment world quickly changes, and success awaits only those who are on trend. It is necessary to consider not only features of location but also dynamics of the industry.

Many people think to open an entertainment center; they are convinced that everything is rather simple. That’s not so. Build an amusement park is easy. Difficulties will begin later when there are questions: how properly to equip a center, where to arrange bars, how to carry out communications, etc. Answers come only with experience.
There are a lot of problems in creation of multipurpose ECs, and our 15-year work experience in this sphere helps us to understand all intricacies. Construction of an amusement park at all is not entertainment so you can say following words of one hero in «Game of Thrones»: «You know nothing, John Snow» to a suckler in this matter.