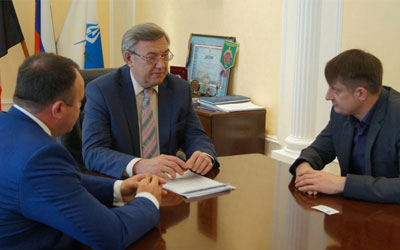 «Indoor amusement parks» LTD is planning to invest at least 100 million rubles into the reconstruction of Summer Garden and Kirov Park in Izhevsk. As the General Manager of the Company Pavel Timets said to «Ъ-Udmurtiya» newspaper the exact amount of the investment will be known after the conceptual design will be finished.

During the nearest month we are going to conduct our guests’ flow exploration (the number of visitors, their gender, age etc.). Later on the concept for each of the parks will be developed and approved. Then the purchase and the installation of equipment follow. «If all conditions and alignments are fulfilled, the parks will be operational according to a new model by MAY, 2018», — Mr Timets reported. He also added, that his company wouldn’t take any money from the city budget, but it waits for support in communications and dissemination of information, connected with parks and events, organized there.

The reconstruction of parks can be extended up to 5 years. «The company is going to take first steps before the next summertime», — Pavel Timets informed. «It’s necessary to refer to all the current indications in order to understand better the financial model. And if we get payback in 5–7 years, it will be convenient for us», — Timets said.

It should be mentioned, that the General Manager of «Indoor amusement parks» LTD Pavel Timets and the Mayor of Izhevsk Yuri Turin discussed future projects of the reconstruction of two parks on May, 23.

«Indoor amusement parks» LTD has been dealing with entertainment industry for almost 15 years and specializes in activity, connected with indoor amusement parks. The company has built and manages large leisure centers in St. Petersburg (Maza Park), Kazan (FUN24), Smolensk (Galaxy Park), and it also consults different parks on the territory of Russia.