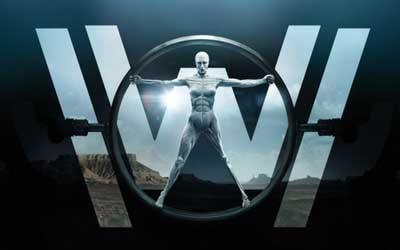 HBO’s newest big-budget series WestWorld debuted October, 2. Nowadays it is one of the most expensive and large-scale series. The cost of the first season is $ 100 million, and one episode is around $8 — $10 million. For comparison the first season of «Game of Thrones» cost $85 million.

What is «WestWorld»? This is a large-scale amusement park where the classical American Western Universe- with cowboys, Indians and firefights is recreated to the smallest details.

The park is inhabited by androids that help to be wrapped up in history and to create illusion of the true peace. Each android plays a role in the scenario and is designed to entertain Guests coming to the park. Under permissiveness everyone may kill, force and do everything that he likes with androids. Robots are defenseless and can’t possible do harm to Guests in any way. By the way, Ford (Anthony Hopkins’s role), the creator of the park, as well as we, calls visitors as Guests.

These series are interesting to me, as for the entertainer, in terms of focus on potential future of parks, such as «WestWorld». If to think, prototypes exist already today — in a format of theme parks. The Wizarding World of Harry Potter is the same, only in more modest scales and without androids (their role animators carry out). There is no technology which in details recreates worlds yet, but it is a matter of time.

When creating theme park as «WestWorld» you must have deeply developed history of the known cultural or information layer at the heart of it. If a cultural layer implies an era (the Middle Ages, Ancient Rome, Wars) then information layer is the Universe developed to trifles («Jurassic Park», «Game of Thrones», «The Lord of the Rings»). When you take as a basis already available story further you can only work on details: scenario, dialogues, quests etc.

I assume that creators of the series, subject to its popularity, won’t miss an opportunity to open a park based on «WestWorld». Especially they have already the good promo.

If I had an opportunity to choose a plot upon which to set up a project, I would have stopped not on the past but on the future. Error probability in the past is more than in the future. «Star Wars» is interesting but still unrealized idea. Though, say that Disney already works on this project.

Possibly, when «WestWorld» parks industry developing the competition will be built not on the range of the provided equipment, and on the story lines offered Guests. Creative professions of screenwriters, writers and directors will become demanded. The park inhabited by androids is inconceivable also without programmers who will develop the software. We won’t do without designers and decorators who will create worlds, eras, scenery, and suits.

Other services will remain the same, as in present amusement parks — safety, a financial block, an operating room and technical services, repair of the gaming equipment. The principles of operation will also remain. Such amusement parks can be constructed based on existing ones. Most likely, those who are already involved in the entertainment industry will make it. It will be difficult to come on the market from outside. Only pioneers of the direction will be able to earn on it.

Similar parks will be expensive pleasure. If you address to the Maslow’s pyramid such entertainments will satisfy the top of the human needs. A person having appeared in the park may do everything he wants and to some extent, to feel as the Creator.

Now on the website created based on the series DiscoverWestWorld (it is still unavailable officially in Russia) you can calculate the amount which will cost the travel to «WorldWest» and chat with the Robot Bot named Aiden. Calculations showed that you have to pay about $40 000 to spend a day in the park, and it is if you buy the «standard» package expected beginners. And there are «silver» and «gold» packages for advanced Guests.

Anyway, the visit of such amusement park will be available not to everyone. Visit will be as an indicator of the class and the status — «I can afford it. Here only the likes of me». This is a fashionable hobby for rich representatives of the future. Yachts, private islands, commercial flights in space act today as something similar.

Most likely, first realistic androids will be used not by amusement parks but the sex industry and the entertainment industry in general. Those who doubt that they pornography is a peculiar engine for progress, can read about technological breakthroughs which happened thanks to development of the Adult industry. Military invest money, strain minds and develop innovations, and the entertainment industry takes them into services allowing to prosper and grow.

If parks as «WestWorld» will be in the world of the future, then they will be oriented to specific audiences. «WestWorld»'s main target audience is men. Certainly, the age limit will be 18+ in some parks. There will be parks expected families, women and children at the same time.

We see an advertising filmlet for Guests of «WorldWest» in the sixth episode. The slogan — «Live Without Limits» is broadcast using capital letters on the screen. As the series plot shows, people can adequately behave and can «come down» to murders, robberies and violence under certain circumstances and within permissiveness.

The creator of the WorldWest park, Dr. Ford in one of series says: «Do not decide for the guests what they want. It is simple. Excitement, horror, delight. Policy… Guests do not come back here for the most obvious — for the lack of taste but for the sake of some subtleties details. Because they open here something that none of them noticed earlier what they fall in love with. They don’t need a story that tells them who they are. They already know who they are. They are here to see whom they can be».

Based on this material, an article was published in the «Catalog of the Entertainment Industry» magazine for February, 2017.