Fans of each country are worthy of its national team 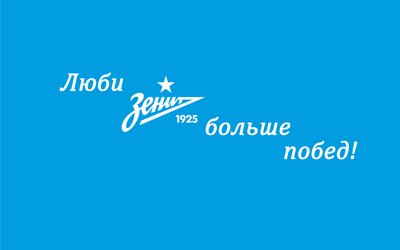 There is a phrase: «Each nation is worthy of its governor». I would say: «Fans of each country are worthy of its national team». During matches with participation of Russia I saw that many compatriots arrived not for supporting their national team and becoming a part of the great holiday, they arrived for other thing…

How England and Wales cheered for: one and all, big and small sang, danced and rejoiced. We couldn’t give out more than to sing «Katyusha» in the beginning of the game and chant «Forward, Russia!». But another forced to think. As soon as the game of Russian football players was bad, and it happened often, fans rather than further supporting calmed down.

During a game with Wales football players of our national team understood that their position is not the best. They obviously worried in this regard, and our stand, finished, whistled and shouted «It is a shame!».

I moved from a sector which especially zealously accused and offended our national team. My feelings were hurt for our fans, players and country. Yes, at this time we acted nothing special. However, there were also other teams which didn’t break stars from on high. For example, Northern Ireland, Austria, Sweden and Czech Republic. But all the same the fans supported their players, and it was visible that Euro is first of all the great holiday for them.

I don’t know whether it is good comparison, but if your child or your friend participates in competitions and you see that something goes wrong whether will you barrack him and shout «It is a shame!» and then turn around and leave? This is as treachery. We support Our up to the end. During the game I saw that our fans don’t consider the team «their», and the team doesn’t feel fans. These are two opposite camps. Even if your country went down in flames, does it mean that it became worse? For me this is the same as saying about parents or about children that they are bad.

Cheering for FC Zenit, I see such relation much more rare. We are with the Club up to the end. The phrase «Love «Zenit"are more victories!» is just about the fact that the team must be loved more than results of game. It is easy to support winners. It is more difficult to make the same for losers. You must have nobility and understanding that you support not for sake of victory but because at this moment it is more than team. It is your country.

Unity of a national team and stands is a basis of the correct support. When Albania players scored a goal, they ran to embrace their fans. During the game of Iceland team, not only football players of first eleven, but also dugout rushed to fans in the ecstasy of joy. They divided their victory together! And it is real brotherhood.

And our players run to each other, sometimes to their dugout. And I do not judge them for it. When the football players came to thank their fans after the third game, I saw tears and understanding as what occurred in their eyes. At this difficult moment when all hopes and dreams are shattered, they found in themselves courage and approached to our stands. In reply they heard generally the same shouts «It is a shame!» and whistle.

I arrived at an idea that we need to develop culture of cheer. I have no ready decision yet. I see a lot of work of the Movement «Russia Unites». But there is a lot of fans, they are huge and one Russia Unites club can not make it. It is necessary to change something in heads: to popularize correct relation to football, our national team, Russia, perhaps, to create social advertizing. People have to understand that their behavior dishonors our country and they humiliate themselves by that.

English fans whistled during Russian hymn. Our fans didn’t keep and behaved similarly. I looked at some faces and didn’t understand what moves them. Then I went to the boys and I asked: «Where are you from? — it turned out that they are from Perm. — Why? When British sing their hymn you face the sector and show certain gestures by your hands, whistle, shout swearing and other». I didn’t hear a reasonable answer…

I sincerely want people reflected that it is necessary to support their team up to the end. That team and fans are organic whole. It is not just in Russian team, but also in those who is in stands when football players go on.