Everything is yet to come,you know! 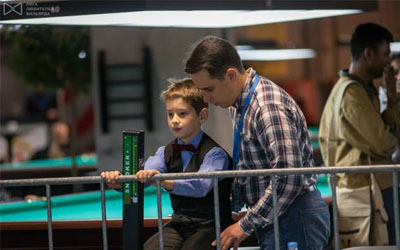 For a child it is truly hard to understand that they will have many more victories and losses, that through a series of mishaps may lie a way to something really worthwhile, that these exact losses forge and temper their character.

The winner gets the champions title, the prize and the public recognition.

The looser is left with the feeling of bitterness and the tears,which the children, unlike the adults yet do not know how to hide. It is nice if you don’t let the emotions from the resentment show… But when you find yourself at home, you can bury your face in your parent’s shoulder, complain about the misfortune and the injustice, after all, here they will feel sorry for you, support you and they will wipe your snot with a loving hand. After the junior tournaments i always have a heavy heart,precisely because of those upon whom the luck smiled less than upon the winners.

Since the age of youth competitions players ranges from 8 to 18 years, of course, you feel sorry for the little ones. Those who only a couple of years ago could not even reach the level of the billiard table, and now he is entering the international arena to represent his country. Watch them in the competition — it is a pleasure! But the parents deserve special attention, who are also here, in the spectator area cheering for their small snooker player. Kids do not hide their emotions after each strike on the ball, they look back at their parents, waiting for approval. Parents, in turn, carefully evaluate all the actions, commenting on the situation with phrases of encouragement or judgment: «Well, what did you do now?!» or «Well done, nice shot!».

Watching the snooker youth world championship, which took place last week, I noticed a boy who closely followed the performance of his young colleagues. I sat down beside him and asked:

— Have you already played?
— Yes — the boy sadly confessed — I lost to the Russian player 3: 0, I don’t know how that happened…

The boy told me that his name is Andrew Pripyok, that he is representing Latvia in the competition, that he is eight years old and that he is one of the three youngest participants of the championship. Jumping from one topic to another, as only children can do, he began telling me that he had come to the competition with his dad, that they did not live in the hotel like the rest of the participants, that they are staying at his great grandmother’s home, and that they come to the tournament on the subway. That he was Russian, and that he just lives in Latvia, and speaks Russian, that his dad taught him how to play billiard, and that he even beats his dad already!

Andrew was constantly getting distracted and talked about how he lost with disapointment. I tried to told him what any adult would have told in this case, «Do not worry, do you know how many competitions and victories you have got ahead of you!» But my words didn’t mean much to him, because today he has lost… and it’s for the near future, his main distress and sorrow.

— Well, when you grow up, who do you want to become?

The boy looked at me as If i was the little kid, and said:

— A Snooker player of course!

«Well, thank God!» — I thought. Our kind of character, our kind of man! If the defeat did not discourage his interest and that he sees himself in the future as a snooker player only, then he well achieve it! Just wait and see, maybe in 10 years we will all read the headlines of the newspapers: «Andrew Pripyok — A Latvian of Russian origin became the World Snooker Champion of 2025».