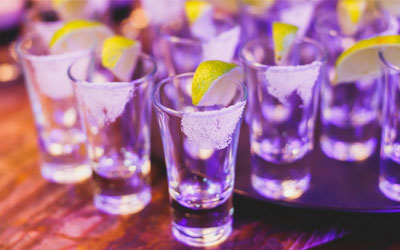 Within our parks, we have pubs, restaurants, karaoke bars and night clubs. As part of entertainment industry, I tolerate — or sometimes, even encourage — drinking at work. In this matter, the final decision is usually on a manager or any other designated person.

Of course, some employees are not allowed to drink. I mean those who’re responsible for the well-being and safety of Guests. However, when I was a manager at the FUN24 recreational center in Kazan, bartenders and waiters were allowed to receive drinks as treats from Guests.

Let me show you how it works. As far as I remember, a Guest was treating a bartender to premium Scottish whiskey (Macallan). When he reached a certain condition, the bartender asked a manager to find a substitute for him. All was set, and he continued drinking with the generous Guest.

I think the bartender made the right decision. The Guest wanted him for company and, as result, he was satisfied with his time and became loyal to both the club and the person representing it. By encouraging the Guest to keep drinking high-end alcohol, the bartender made more money than he could have on a usual day. Stories like this one are quite frequent.