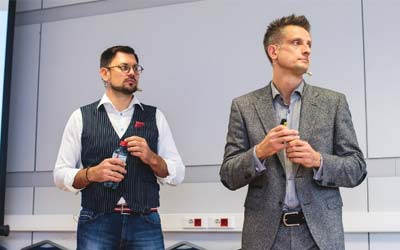 On a gloomy Sunday in Moscow, almost 40 people gathered in the lecture hall of the VDNKh. Those people from all over Russia were directors of big time entertainment centers, small amusement playgrounds, trampoline centers, ropes courses and even quest rooms. Among them were both industry leaders and newcomers.

All these people attended our coaching to learn how to improve the inner workings of their entertainment facilities with advanced technologies and instruments. The titles of various programs, apps and services that we employ sound almost like spells you could learn at Hogwarts: iiko, R-keeper, Bitrix, SharePoint, Motivi, CRM, Macroscop, Ividion, UniFi, Trassir, Service Inspector, Service Guru… It’s curious how any of them may actually be magical for your facility. 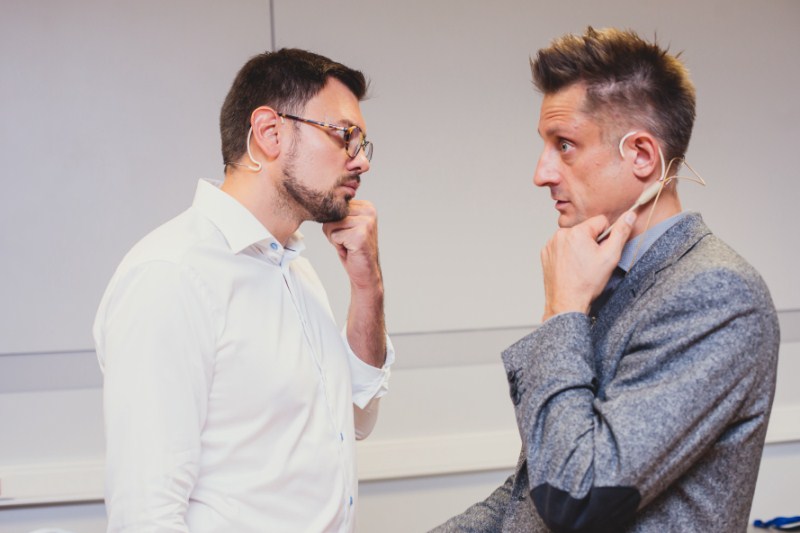 It should be noted that it was Pavel Kovsharov’s first time as a host, although we were working together pretty nicely. After the coaching, I was even told that the two of us could compete with the celebrity duo of Brad Pitt and Leonardo DiCaprio from Tarantino’s latest movie. That’s one of the most authentic praises I have ever heard, to be honest!

For me, it was my fifth coaching across all the RAAPA exhibitions, so I was glad to see familiar faces in the audience. Almost 40% of the participants had already been to my performances, and they came again to share and draw inspiration.

We always have something to talk, argue or joke about. Speakers are offering various cases for review, but attendees are also actively sharing their findings, revelations and information about interesting events and programs.

We discussed our hardships and problems, and tried to find solutions. For example, we found out that reviews left by children worked much better than those left by their parents for entertainment center that specialize in children.

As of now, I’m thinking what questions and themes I should raise at my next coaching during another RAAPA exhibition the following spring. I encourage you to suggest ideas! Meanwhile, here are some photos.