6 cases for cutting the payroll budget 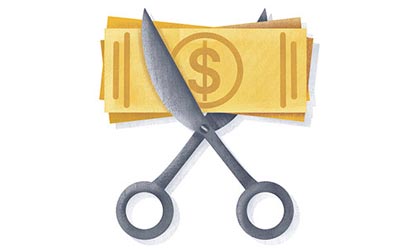 Cutting expenses on the payroll budget is a way to increasing profit in the future. The major approach that we took for cutting expenses in entertainment centers is the «win-win»: save money without losing quality, and even improving where possible.

The usual payroll budget as of the global services, entertainment and hospitality industry is 20–25% of the net revenue. The gross salaries of all employees better not exceed this limit — lest you want to lose profit and, sooner or later, end up bankrupt.

The first thing we did was minimizing organizational levels. In other words, we partly reduced employment in management, which is considered justifiable in the challenging circumstances. We delegated all administrating functions to linear employees, said goodbye to HR and marketing departments and partly reducing cleaning and waiter services.
We can’t go on without hall employees who work directly with Guests. Their salaries are not too high, so we cannot lower that ceiling. The only viable way is to reduce the number of employees by splitting responsibilities and increasing the efficiency of each single employee. 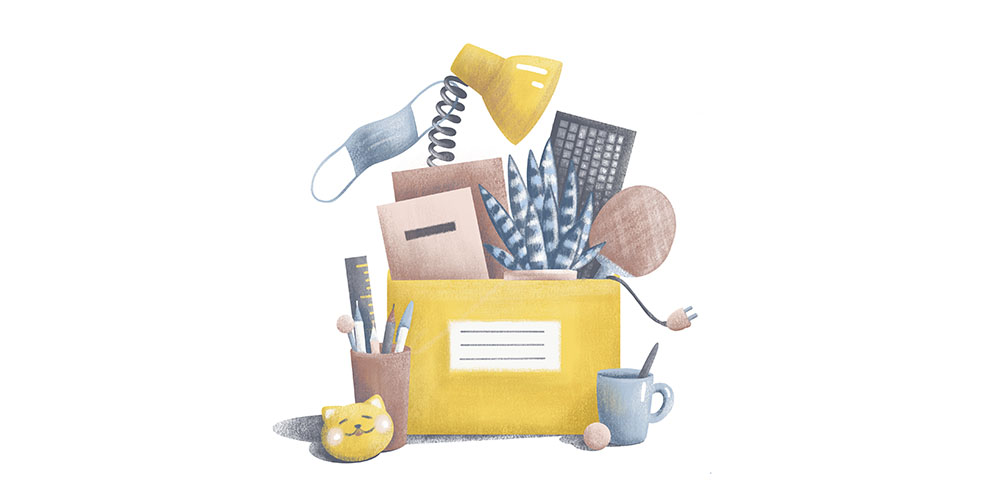 The marketing department was costing us twice as much as any other (promotion and workforce). We used to allocate about 400–500 thousand rubles on advertising and 400 thousand on paying up monthly. By reducing this department, we saved almost a million rubles — a considerable chunk of our budget. We now have no marketing department; some of its duties I took on my own, others distributed among remaining employees.

We also ditched paid promotion for barter. We simply announced to our partners that this is the only way for us now. Almost all of them agreed to our conditions. Ever since, we have offered advertising on the radio, in elevators, underground stations and cars, magazines and newspapers, on bills and mailing pieces — all in return for tickets or banquet services.

Win-win: This kind of cooperation provides opportunities for expanding Guest flow from two directions: advertising and barter. The winning part is that Guests come to us:

In November, we had given out half a million rubles’ worth of tickets. Why so generous? The answer is simple: Guests. Even if they are barter visitors, they spend their money on food and beverages and arcades, adding to our revenue. In the times of miserable attendance, this is a healthy solution.

HR is an intermediary between a person and his future job. We switched to a model where instead of the whole department, the hiring, training and evaluation are performed by the linear supervisor. If someone needs a new employee, it is their responsibility to find that person and teach them the ropes.

Previously, the HR department amassed a lot of complaints, like «they picked the wrong people» or «they didn’t prepare the newcomers enough», etc. As result, linear supervisors would put the blame on the department, like «we couldn’t do this and that because the HR is doing it wrong».

I agree that the HR department can provide a more qualified training in terms of soft skills, but we had to make that sacrifice and reallocate responsibilities of those released from work. Either way, any linear supervisor can teach all the necessary skills faster than the somewhat clunky department. Figuratively speaking, a sous-chef is better at explaining specifics to cooks than a member of the HR.

Win-win: Having delegated hiring and training to linear supervisors, we hit the right buttons. They proved to be quite good at composing their own teams. Some positive side effects also emerged: new employees began acclimating faster and had fewer tensions. Additionally, people lost a scapegoat and started working more responsibly.

Economy: We saved about 100 thousand rubles’ worth of salaries. Not too much, but still tangible. 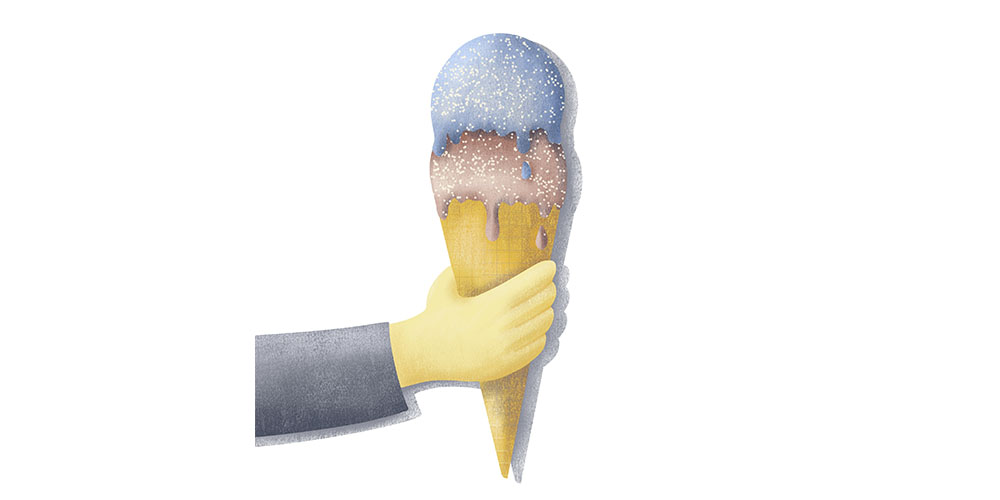 CASE 3. NO COUNTRY FOR ADMINISTRATORS

Administrators take charge of the entertainment center when the board is out. In other words, one of the most important positions. Before the pandemic, we used to have four administrators who worked shifts. We saw them off and distributed most of their responsibilities among linear employees.

Prior to that, any linear employee (bartender, waiter, instructor, security guard, etc.) would report an operational problem to an administrator. That would cost a lot of time as the administrator could be busy dealing with other Guests, making a cancellation or exchange at the cashier. The Guests left without attention would start feeling nervous and abandoned. More often than not, the problem could be easily tackled by linear employees without the administrator’s assistance, but the procedure was so long that such a piece of cake might create serious tension.

To solve this, we gave each employee a list of available compliments for Guests: free pizza, ice-cream, dessert, tickets or other high-margin articles with no impact on the general profit. These compliments allow the linear employees to relieve the Guests without a tedious procedure.

Win-win: When we parted ways with administrators, the quality of service only increased. Each employee acquired conflict mitigation skills and opportunities to comfort discontented Guests and solve their problems on the spot. The employees became more confident, and the Guests no longer had to waste their time.

Economy: The payroll budget for administrators amounted to 160 thousand rubles per month.

It is impossible to dispose of the cleaning completely, but we reduced some of the janitors; linear employees had to pick up some of their functions. We agreed with the rest of the guys on the following: times are harsh, we are fewer now, let’s help each other wherever possible. For example, if an employee notices an abandoned glass on a table, they will pick it up and return it to the bar. Or, when there are no Guests in the bar, the bartender could clean up around the bartend instead of just idling.

We used to have six janitors per shift; now, only two are left. Their responsibilities are bathroom cleaning, preparing the main hall at the start of that day, loading the dishwashing machines, and filling the dispensers with sanitizers.

Win-win: When every employee is responsible with keeping their own working areas clean, the whole place becomes cleaner. In most cases, linear staff reacts faster to minor trash than does a janitor. Solidarity brings everyone together. When managers help with tidying up, it motivates and endears others.

Economy: The payroll budget gained another 80 thousand rubles per month. 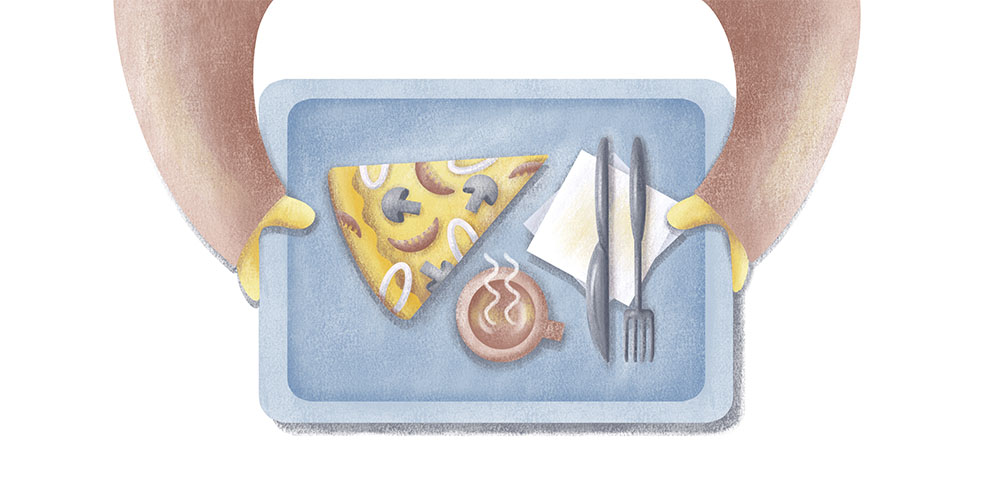 CASE 5. OFF WITH WAITERS

We reduced the amount of waiters in our center to zero. Now, the Guests are ordering drinks in the bar and meals in the food court on their own.

I always thought that food joints in an entertainment centers are not some haute-cuisine restaurants, where personal service is expected. Moreover, our waiters were often students on their part-time jobs, who were sometimes unable to provide quality service. Of course, we trained them, but it wasn’t very efficient.

There’s a trick: when a Guest notices that there are waiters in a place, they will have higher expectations for that place. Obviously, this often leads to disappointment.

Win-win: When there are no waiters, the Guests have no specific expectations for service. We used to receive a whole lot of complaint on our waiters; now both the waiters and the complaints are gone. We put out announcements that there’s now self-service in the bar and food court, and the Guests started to bus their own dishes more often.

Economy: The employer pays waiters their hourly rate and a commission. We didn’t lower the menu prices but reduced 8 employees, saving 200 thousand rubles per month.

We decided to outsource the bar management in the entertainment center by concluding an agreement with a company of professional bar managers. There’s what they’re doing for us: drawing up the bar menu, seasonal menu, monitoring production cost of drinks, and training staff.

And now, there’s what they’re getting: a commission of the difference in profits, which can vary from 10 to 30% depending on the conditions of the agreement. Here’s how it works. Say, last year, our profit was 100 rubles. With the help of the bar managers, it went up to 150 rubles. Their payment was a certain part of the 50 rubles, which is the difference between those two figures.

In the process of writing this article, the bar managing company terminated the agreement because of the low profit. This is understandable, as the net revenue dropped substantially: from 4,7 million rubles in 2019 (pre-lockdown) to barely 2 million. In spite of this, those guys were able to boost our profits up 40 thousand rubles in comparison with the preceding year.

We’re grateful to these guys for their cooperation and the experience they brought with them. As of now, we’re looking for new partners and trying to manage the bars on our own again.

Win-win: This cooperation proved beneficial for both sides. The bar managing company provided a team of top-notch professionals instead just one guy that we used to have.

Economy: Although the net revenue dropped almost twofold, we could retain the profit — with a small surplus even. That was the result of cutting production costs and switching to premade models in the low prices season.